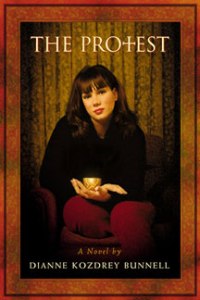 The Protest is a fictional memoir inspired by the real-life religious hijacking of the author’s two daughters, ages 10 and 12.

Janey Crownhart has broken free of her small town fundamentalist upbringing after being seduced by her minister. With the help of her schizophrenic sister’s insane insights, she is building a new life for herself and her two daughters in the state of Washington. But Janey’s freedom has a price. She is being stalked by her former minister, Reverend Logan Churlick, who will stop at nothing to possess Janey’s heart and soul and will not hesitate to use their daughters to win her. Janey fights to protect her children as they become enmeshed in their battle, innocent victims of a firebombing by the blood of the lamb. Janey faces the unthinkable as she puts into play a desperate strategy, but will she save her girls or lose them forever?

In this new millennium, the issue of mind control looms larger than ever. Yet the public still largely remains in the dark. Mind control can come in many shapes and sizes and be perpetrated by many different individuals. Dianne Kozdrey Bunnell’s new novel sheds light on the insidiousness of being taught to not listen to your inner voice. Thankfully, it also shows the power of the human spirit to want to know the truth and to get free. There is hope!

Note: The novel contains an appendix of resources for victims of toxic faith.

From Ice and Snow 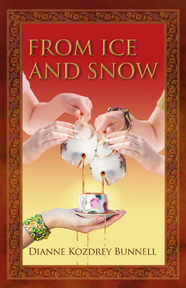 From Ice and Snow, sequel to The Protest, is the ice axe that breaks through the delusional ice capsules encasing Jane Bernard’s two daughters, victims of religious hijacking. Jane’s daughters have been absent from her life for nearly ten years. When Bekah turns 18, she reaches out to her mother. Find out how Jane gets her daughters back — and if she loses her marriage in the process.

What had happened wasss...
Literal Lessons of Life

Stories From the Heart

Smile! You’re at the best WordPress.com site ever

Reports from my somewhat unusual life

Dedicated to my insane side.

by po'E.T. and the colors of pi

A site of writings, musings, and geek culture, all under one domain!

Discover all the creative and ingenious ways to save money !

The leading Christian magazine in the United Kingdom, helping you connect with God, Culture and Life

Home of Stephen Knight and The #GSPodcast